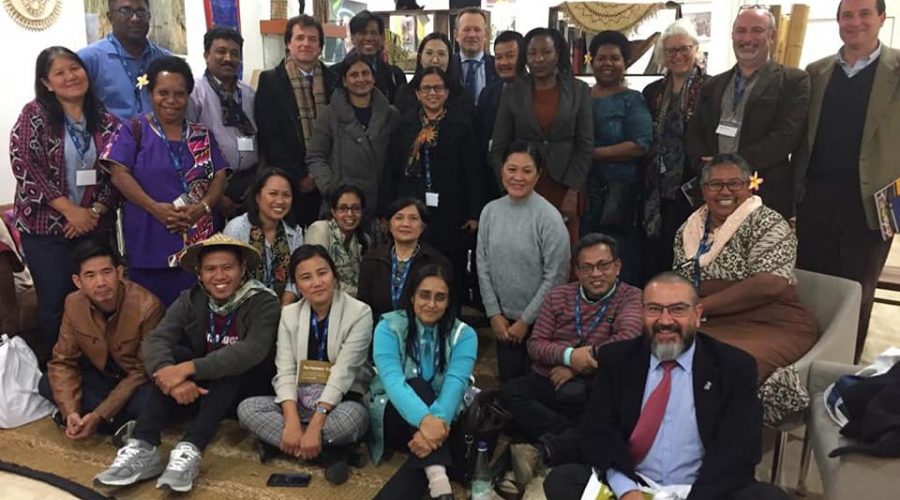 On 4-11 February 2020, CFAP leadfounder and managing director participated in the Farmers’ Forum in-conjunction with the forty third session of IFAD’s Governing Council in Rome, Italy. Prior to the Farmers’ Forum, the Asia Pacific Region Steering Committee Members (APR SC) gathered together in Aran Park Hotel to prepare a preparatory sessions among farmers’ organisations delegates. There were various agendas had discussed i.e. from the on going activities with the projects funded by IFAD as well as their farming activities at countries level. In order to organise a small fair of local produces by participated national and regional farmers’ organisations, therefore the APR SC had shared tasks and responsibilities for each delegate come from Asia and the Pacific Region to ensure that the fair will follow by entertainment which the visitors to the fair can play a jackpot, answering questions to get a gift. From 5-10 February 2020, CFAP lead founder and managing director continued to participate in the Global Steering Committee Meeting of the FAFO, Paralel working group sessions and then the Global Farmers’ Forum. There were many topics had discussed during the Global FAFO which faced by smallholders in particular farmers come from developing and least developed nations around the world. Farmers faced problems on climate change, agricultural techniques, market, capital, water, technology and clear policy at the country level to support them. The Farmers’ Forum followed by various side events organised by different regions at IFAD’s headquarter in Rome. On 11 February 2020, farmers’ representatives come from different continents were limited to participate in the IFAD’s Governing Council. There were various interventions made by government’s representatives to participants during the forty third IFAD’s Governing Council. IFAD provided opportunity for delegates of farmers’ representative to present the statement in front of IFAD’s leaders and members of the governments. On 11th February 2020, CFAP’s lead founder and managing director participated in the forty third sessions of IFAD’s Governing Council took place at FAO’s Headquarter in Rome.